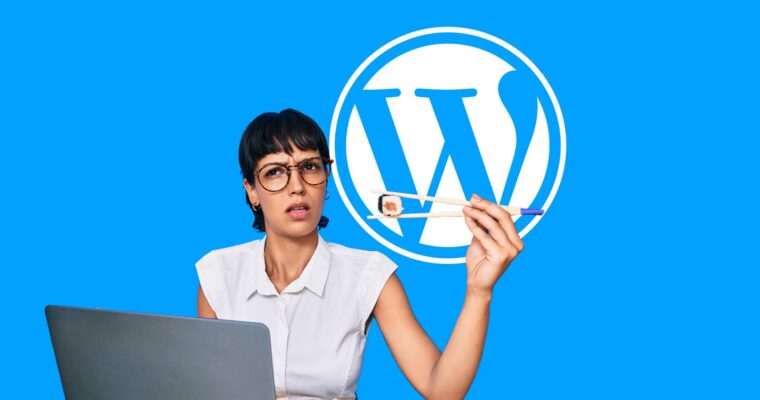 WordPress 5.6 is rolling out with dozens of improvements but security researchers discovered an exploitable feature.

The substance of what’s new in WordPress 5.6 can be described as mostly good, some meh and one issue that’s ugly.

The last two updates were somewhat rocky due to millions of websites breaking or accidentally updating with a beta version of WordPress.

The biggest potential issue was with the jQuery Migrate deprecations and updates.

WordPress 5.6 managed to avoid the legacy jQuery plugin issues experienced with the WordPress 5.5 update in August 2020. That was the update that caused websites to stop functioning in myriad and unexpected ways.

The reason those issues were avoided this time around is because WordPress 5.6 updated the Enable jQuery Migrate plugin in order to avoid a repeat of websites crashing.

When the plugin is active and the publisher is logged in, the plugin will detect outdated jQuery and log it, presenting a display at the top of page to signal the problem.

The plugin detects jQuery issues from page to page as the pages are served to the publisher as they browse the site.

There is an option to perform similar logging using pages served to users are browsing the site, but WordPress warns that this could create significant server load and recommends not turning it on.

There is a deprecation log page that shows the plugins responsible for the warnings. After updating a plugin the publisher can clear the old log and resume browsing again to see if the Enable jQuery Migrate plugin detect additional issues.

“With the above in mind, the Enable jQuery Migrate Helper plugin was updated for the release of WordPress 5.6, this provides a temporary downgrade path to run legacy jQuery on a site when needed.

The reason this is considered a temporary solution, is that the older version of jQuery no longer receives security updates, and the legacy version will not be patched manually if anything should occur that warrants updates to it.”

WordPress 5.6 is shipping with their first version of WordPress that is (somewhat) PHP 8 compatible, the newest version of PHP that was released in November. However, this compatibility is meant to be regarded as beta compatible.

Because the WordPress PHP 8 compatibility news manages to be both good and less than good news it ends up being… meh.

As noted in the official guidance of WordPress 5.6 and PHP 8 Compatibility:

…Significant effort has been put towards making WordPress 5.6 compatible with PHP 8 on its own, but it is very likely that there are still undiscovered issues remaining.”

Publishers should test first before upgrading their version of PHP because themes and plugins at this point in time will very likely not be ready for PHP 8.

That’s why WordPress’ announcement framed PHP 8 compatibility as one of the first steps, because of potential compatibility bugs and because themes and plugins may not be compatible yet.

“5.6 marks the first steps toward WordPress Core support for PHP 8.”

One of the new features in version 5.6 that the WordPress team are rightfully proud of also contains a potential downside to it that if fully exploited could lead to a full site takeover.

The App Passwords Feature allows third party apps to connect to your website and add functionality.

“Thanks to the API’s new Application Passwords authorization feature, third-party apps can connect to your site seamlessly and securely. This new REST API feature lets you see what apps are connecting to your site and control what they do. “

However, according to WordPress security plugin publisher Wordfence, a social engineering attack could be used against a site administrator to obtain administrator credentials.

Social engineering is a hacking method that relies on tricking into providing information or access.

For example, Phishing is a form of social engineering where an attacker may email a victim posing as their bank, requesting that they reset their login credentials.

A link in the email leads to a copycat site that resembles a bank website where the victim enters their user name and password which is then harvested to obtain access to their banking account.

Wordfence describes a social engineering attack where a criminal could create an app that impersonates a trusted App, leading the site publisher to issue a password and allow a secure connection to their website. Wordfence describes the complexity of this attack as “trivial.”

“An attacker could trick a site owner into clicking a link requesting an application password, naming their malicious application whatever they wanted…

Since application passwords function with the permissions of the user that generated them, an attacker could use this to gain control of a website.”

Wordfence produced a video describing and demonstrating the potential for a social engineering attack compromising the new Application Passwords Feature:

WordPress 5.6 is largely a success. There’s much that is so right with it. While it’s not a major advance it does have incremental improvements into site design functionality and improvements to functionality.

That this release manages to avoid the drama of the last two release makes this update a win considering there’s still a few weeks left in 2020.