Google: If Choosing Between Desktop or Mobile Site, Choose Mobile 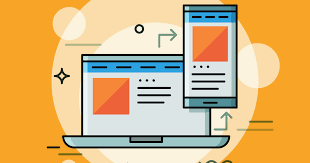 Google’s John Mueller recently stated that site owners should prioritize their mobile site if they have both a desktop and mobile version.

This topic was discussed in a Google Webmaster Central hangout held on May 1, 2020.

Question: Focus on Mobile or Desktop for SEO?

An e-commerce site owner submitted a question asking whether they should focus on improving the mobile or desktop version of site.

The site owner doesn’t have the budget to update both versions, and most of all wants to ensure their efforts are conducive to improving search rankings.

From an SEO perspective, on which version of the site should the owner dedicate their time and resources?

Here’s what Mueller has to say.

Ever since Google switched to mobile-first indexing, the mobile version of a site is the only one that matters when it comes to rankings.

Presuming the e-commerce site in question has been moved to mobile-first indexing, then Google is no longer crawling the desktop version.

To that end, Mueller says the mobile version is the one this site owner should be focusing on.

That doesn’t mean completely delete the desktop site, however, as there may be some users who only access the site on desktop.

Ideally, if you’re choosing between a desktop or mobile site, the best course of action would be switching to a responsive site.

If that’s not an option, due to budget restraints or any other reason, then focus on updating the mobile version.

When SEO is your number one priority, then you can’t go wrong with thinking mobile-first (just like Google’s indexing).

Hear the full question and answer in the video below:

Especially if you have a different version on desktop and mobile, then we would essentially just be using the mobile version there.

If you’re really in this, I’d say, tough situation, that you need to decide which of your versions is your favorite one to work on more, and if we’ve switched to mobile-first indexing, then I think the mobile version is probably the one you should be focusing on.

However, I wouldn’t say that you can completely delete the desktop version and everything will continue to be okay, because probably you still have a lot of users on desktop as well.

Usually my recommendation for people who are working on their website, and trying to figure out desktop or mobile, is to find a way to move more of the content to a more responsive design so that you just have one version.

If you just have one version to maintain then you don’t have to make that choice, and by fixing the content once then you’re essentially fixing it for all of your users.

So, moving to responsive design would make this a lot easier.

If you absolutely can’t move to a responsive design, and need to pick one or the other, and you really only care about SEO which is kind of tricky in itself, then the mobile version would be the one to focus on.”