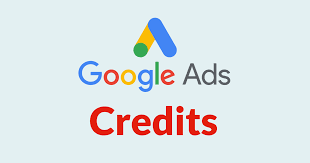 Google announced it was offering ad credits to advertisers. The free ad credits will be available for use within the coming months.

These ad credits will begin to show in Google Ads accounts during the course of the next few months.

Ad Credits are for Existing Advertisers Only

This is what the support page announced:

“SMBs who have been active advertisers since January 1, 2019 will see a credit notification appear in their Google Ads account in the coming months.”

That means that small businesses who open a new Google Ads account will not be eligible for a credits.

There is no word of how much the ad credits will be issued to each advertiser.

The Google Ad Credits must be used this year. They will not be carried over to next year.

Semantic optimization
How to rank 70% of your pages higher in 5 weeks. Trusted by over 30,000 webmasters, business owners, and SEO specialists.

Where Can Google Ad Credits Be Used?

Google Ad credits will work across all of Google’s advertising channels.

“These ad credits will be applicable across the Google Ads platform including Search, Display, and YouTube as well as all campaign types.”

When Will Ad Credits Be Available?

According to Google the ad credits will not be available immediately. Google explained that this is an announcement and that the follow through is being worked on right now. The Google support page indicated that the notifications of ad credits will be made in the “coming months.”